From the Andes to your Dog loving home

The alpaca was domesticated around 7,000 years ago providing food, clothing, and transportation for humans throughout the Andean countries of South America. Members of the South American camel family, alpacas graze in the high plain regions at elevations of 10,000 to 14,000 feet.

As the principal material of Incan textiles for thousands of years, alpaca fiber has always been highly sought after. Alpaca yarns were highly valued during the Inca period for their textiles qualities and were used exclusively to make robes for the nobility.

Alpaca wool is harvested from the alpaca, a Camelid that is native to the high, remote Andean plains of South America. The South American Camelid family also includes Guanacos, Llamas and Vicuñas. With an estimate of only three million alpacas worldwide, some 90% of which are found in the southern regions of Peru, the alpaca is one of the rarest species on Earth.

The world of high fashion recognizes alpaca fiber for its natural attributes: its fineness, durability, and hypoallergenic and lightweight qualities. Their thick, sumptuous coats grow naturally in over 40 shades from ivory to black, and every grey and brown shade between. 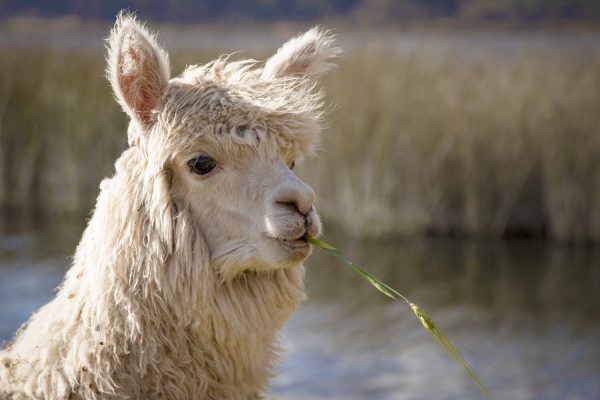 Seven reasons why we love alpaca

At Alqo Wasi we are convinced that the high quality of our products is the result of careful attention to small details, both by the skillful hands of our craftsmen as well as by the quality of the materials.

Alpaca Excellence: The Gold of the Andes 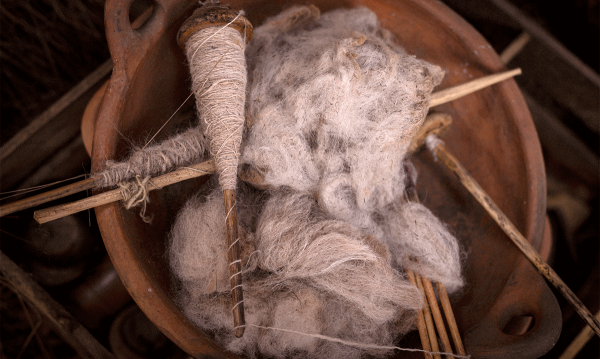 Rarer than cashmere, warmer than wool

Alpaca and cashmere wool are comparable when it comes to fiber fineness, but alpacas can produce around 10 lbs of fleece a year compared to the 4 oz of cashmere produced by a goat per year. Alpaca fibers are also 3x the length of cashmere fibers. This greater uniformity of fiber in alpaca products results in a softer feel.

Compared to sheep wool of similar weight, alpacas produce more fibers and more fibers are retained after processing. It can take up to four goat’s shearings to make one cashmere sweater, but one alpaca shearing can create four sweaters. 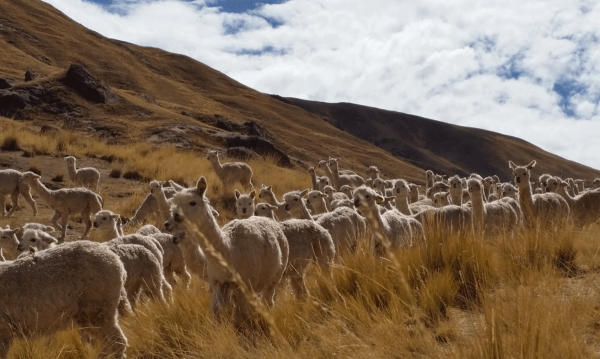 To yield good yarn, alpacas need to be happy. That is why they are treated with great care and bred in their natural habitat, so they don’t interfere with the delicate balance of the local ecosystem.

Alpacas have soft, padded feet that do not tear into topsoil like the hooves of sheep and goats can. Damage to topsoil can increase erosion and decrease soil fertility. Unlike sheep and goats, alpacas do not pull up grass from the roots when they graze. Rather, they cut off the tops of the grasses with their teeth, leaving the root system to continue to grow new leaves and preserving the topsoil.

Alpacas are virtually never raised for their fur in the Andes. They are necessarily sheared once a year for their own health to prevent disease and illnesses that arise when their fleece becomes too long or matted. The shearing of alpaca is a historic Peruvian practice that is typically grounded in the wellbeing of this peaceful and valuable animal.

We use cookies on our website to give you the most relevant experience by remembering your preferences and repeat visits. By clicking “Accept All”, you consent to the use of ALL the cookies. However, you may visit "Cookie Settings" to provide a controlled consent.
Cookie SettingsAccept All
Manage consent

This website uses cookies to improve your experience while you navigate through the website. Out of these, the cookies that are categorized as necessary are stored on your browser as they are essential for the working of basic functionalities of the website. We also use third-party cookies that help us analyze and understand how you use this website. These cookies will be stored in your browser only with your consent. You also have the option to opt-out of these cookies. But opting out of some of these cookies may affect your browsing experience.
Necessary Always Enabled
Necessary cookies are absolutely essential for the website to function properly. These cookies ensure basic functionalities and security features of the website, anonymously.
Functional
Functional cookies help to perform certain functionalities like sharing the content of the website on social media platforms, collect feedbacks, and other third-party features.
Performance
Performance cookies are used to understand and analyze the key performance indexes of the website which helps in delivering a better user experience for the visitors.
Analytics
Analytical cookies are used to understand how visitors interact with the website. These cookies help provide information on metrics the number of visitors, bounce rate, traffic source, etc.
Advertisement
Advertisement cookies are used to provide visitors with relevant ads and marketing campaigns. These cookies track visitors across websites and collect information to provide customized ads.
Others
Other uncategorized cookies are those that are being analyzed and have not been classified into a category as yet.
SAVE & ACCEPT
Go to Top